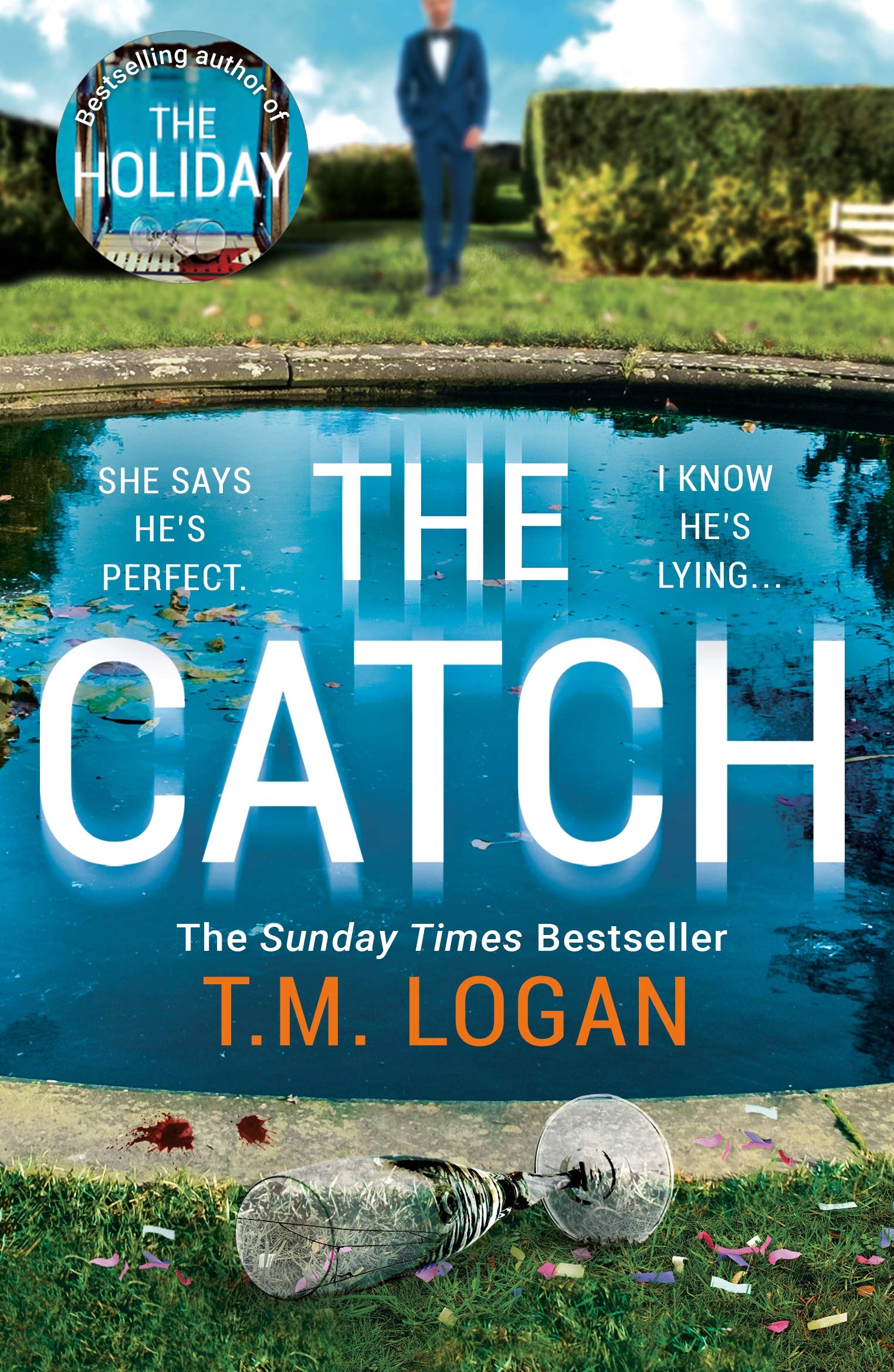 The Catch: The perfect summer thriller from the author of The Holiday, Sunday Times bestseller and Richard & Judy pick

He caught me watching, and our eyes met. That was when it hit me.
There was something not quite right about my daughter’s new boyfriend . . .

Ed finally meets his daughter’s boyfriend for the first time. Smart, successful and handsome, Ryan appears to be a real catch. Then Abbie announces their plan to get married.

There’s just one problem. Ed thinks Ryan is lying to them.

Who would you believe?

All of Ed’s instincts tell him his daughter is in terrible danger – but no-one else can see it. With the wedding date approaching fast, Ed sets out to uncover Ryan’s secrets, before it’s too late . . .

The Catch is such utterly compulsive reading you just *have* to talk about it. it broke all records for the number of comments left when serialised by Pigeonhole.

‘Smart, intense, and with a humdinger of a mid-point twist. I loved it’ Gillian McAllister, Sunday Times bestselling author

‘Taut, tense and compelling. T.M. Logan’s talent is in creating characters with whom the reader instantly relates, and then thrusting them into situations that reflect our deepest fears. Thriller writing at its finest’ Simon Lelic

‘T.M. Logan’s best yet. Fully delivers on its killer premise. Unsettling and so, so entertaining. The perfect thriller’ Caz Frear

‘Tricksy, twisting, instantly relatable and utterly compulsive. T.M. Logan excels at creating characters you really care about and exposing them to your very worst fears in a way that is always smart, suspenseful and thoroughly entertaining’ C.M. Ewan

Praise for the master of the ‘it-could-be-you’ thriller, T.M. Logan:

‘Assured, compelling, and hypnotically readable – with a twist at the end I guarantee you won’t see coming’ Lee Child

‘Perfectly plotted and riveting with an exceptional ending’ Diane Jeffrey

‘A moral dilemma + a pacy plot = one gripping thriller. I stayed up far too late reading this one!’ Louise Jenson

It was supposed to be the perfect holiday, dreamed up by Kate as the ideal way to turn 40: four best friends and their husbands and children in a luxurious villa under the blazing sunshine of Languedoc-Roussillon. But there is trouble in paradise. Kate suspects that her husband is having an affair, and that the other woman is one of her best friends.

As Kate closes in on the truth in the stifling Mediterranean heat, she realises too late that the stakes are far higher than she ever imagined. Because someone in the villa is prepared to kill to keep their secret hidden.

When Sarah rescues a young girl in trouble, she expects nothing in return. But her act of bravery puts a powerful and dangerous man in her debt. He lives by his own brutal code, and all debts must be repaid – in the only way he knows how.

He offers Sarah a way to solve a desperate situation with her intolerable boss. A once-in-a-lifetime deal that will make all her problems disappear.

No consequences. No comeback. No chance of being found out . . .

Joe Lynch is just an ordinary happily-married man – until one split-second decision throws his life into crisis.

When Joe sees his wife having a confrontation with family friend Ben, it’s the first hint that she’s been lying to him – about everything. And when he steps in to protect her, a harmless shove knocks Ben to the ground. And he’s not moving…

Author T. M. Logan was a national newspaper journalist before turning to novel-writing full time. His debut thriller LIES was one of Amazon UK’s biggest ebooks of 2017.

Together with his second standalone thriller, 29 Seconds (2018), his books are now published in a dozen countries around the world including the USA, South Korea, Italy, Spain, Portugal, Poland, Hungary, Serbia, Romania and the Netherlands.

Tim lives in Nottinghamshire with his wife and two children, and writes in a cabin at the bottom of his garden. Find him on Twitter @TMLoganAuthor